“Now in the 21st century, Frederick Wildman & Sons has become ‘the biggest little wine company in America,’ and is committed to maintain quality in its offerings, its service and its relationships.” 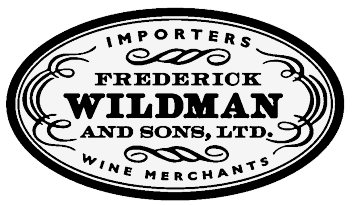 Join us Friday, March 23, 2017, as Rebecca Rhode of Frederick Wildman & Sons co-hosts a European Wine Dinner with us. Ms. Rhode will lead us in a tasting of eight wines and finish with Yellow Chartreuse, the famous and mysterious French liqueur, now available in Ohio. These wines are located throughout France, Italy, and Spain. Chef John D’Amico and his staff will prepare a six-course dinner to compliment these wines.

Following the repeal of prohibition, Frederick S. Wildman, a Connecticut- born wine connoisseur, bought the century-old Bellows and Co., a wine importer and fine-food emporium. That same year Wildman traveled to Europe’s finest vineyards to pursue suppliers and to grow his importing business. Within a short time, Wildman signed on some of France’s finest wine producers, many still in Frederick Wildman’s portfolio today.

With Wildman in charge, the company grew and prospered. Wildman himself wrote the newsletters and wine notes, always reflecting his personal commitment to the highest quality products for his discriminating clientele. The Colonel, as he was called, continued to travel to Europe to develop contacts and establish partnerships.

Today Frederick Wildman & Sons portfolio of wines includes over 50 brands from Austria, France, Germany, Italy, Portugal and Spain, each unique and prominent in its region of production. Along with the growth, the familiar Wildman Oval – created by the Colonel and present on every bottle that the company imports – has remained constant and is still consistently recognized worldwide as a symbol of quality.