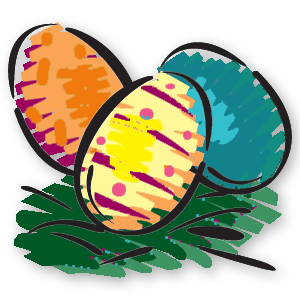 Most major holidays have some connection to the changing of seasons. This is especially obvious in the case of Christmas. The New Testament gives no information about what time of year Jesus was born. Many scholars believe, however, that the main reason Jesus’ birth came to be celebrated on December 25 is that that was the date of the winter solstice according to the Roman calendar.

Since the days following the winter solstice gradually become longer and less dark, it was ideal symbolism for the birth of “the light of the world” as stated in the New Testament’s Gospel of John.

Similar was the case with Easter, which falls in close proximity to another key point in the solar year: the vernal equinox (around March 20), when there are equal periods of light and darkness. For those in northern latitudes, the coming of spring is often met with excitement, as it means an end to the cold days of winter.

Spring also means the coming back to life of plants and trees that have been dormant for winter, as well as the birth of new life in the animal world. Given the symbolism of new life and rebirth, it was only natural to celebrate the resurrection of Jesus at this time of the year.

The naming of the celebration as “Easter” seems to go back to the name of a pre-Christian goddess in England, Eostre, who was celebrated at the beginning of spring. The only reference to this goddess comes from the writings of the Venerable Bede, a British monk who lived in the late seventh and early eighth century.
Bede wrote that the month in which English Christians were celebrating the resurrection of Jesus had been called Eosturmonath in Old English, referring to a goddess named Eostre.

Bede was so influential the name stuck, and hence Easter remains the name by which the English, Germans and Americans refer to the festival of Jesus’ resurrection.

Cream of artichoke soup topped with a hazelnut foam and toasted hazelnuts.

Rich lobster bisque flavored with brandy and tarragon topped with a fleuron.

A vanilla cheesecake flavored with Meyer lemons served with a graham cracker crust topped with a Chantilly cream icing, finished with a strawberry sauce.

$90/Per GuestTax & Gratuity not included.