A mother’s love will never end it’s there from beginning to end. Thank’s Mom! 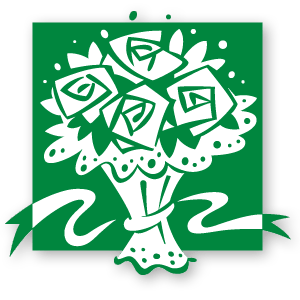 In the United States, Mother’s Day started nearly 150 years ago when Anna Jarvis, an Appalachian homemaker, organized a day to raise awareness of poor health conditions in her community… a cause she believed would be best advocated by mothers. She called it “Mother’s Work Day.”

Fifteen years later, Julia Ward Howe, a Boston poet, pacifist, suffragist, and author of the lyrics to the “Battle Hymn of the Republic,” organized a day encouraging mothers to rally for peace, since she believed women bore the loss of human life more harshly than men.

In 1905 when Anna Jarvis died, her daughter, also named Anna, began a campaign to memorialize the life work of her mother. Legend has it that young Anna remembered a Sunday school lesson that her mother gave in which she said, “I hope and pray that someone, sometime, will found a memorial mother’s day. There are many days for men, but none for mothers.”

Anna began to lobby prominent businessmen like John Wannamaker, and politicians including Presidents Taft and Roosevelt to support her campaign to create a special day to honor mothers. At one of the first services organized to celebrate Anna’s mother in 1908, at her church in West Virginia, Anna handed out her mother’s favorite flower, the white carnation. Five years later, the House of Representatives adopted a resolution calling for officials of the federal government to wear white carnations on Mother’s Day. In 1914 Anna’s hard work paid off when Woodrow Wilson signed a bill recognizing Mother’s Day as a national holiday.

An amuse-bouche, brunoise of asparagus, and tomato seasoned with herb vinaigrette, topped with a ricotta cheese foam.

Rich lobster bisque, flavored with brandy and tarragon and topped with a fleuron.

$90 per person Tax & Gratuity not included