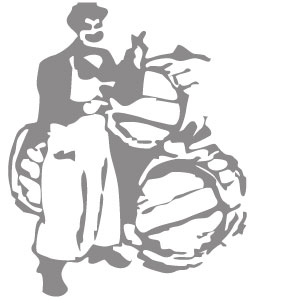 Join us as we welcome Mr. James Francisco back to Chez to explore the Spanish Portfolio of Kysela Pere & Fils. The dinner will feature 14 wines from 11 regions throughout Spain. This will be a great way to learn more about wines from the Iberian Peninsula.

When I asked my mother recently what kind of Spanish wine she enjoyed, she enthusiastically exclaimed, “sangria!” Of course, Spain has much more to offer in wine than just that tasty pitcher drink. There are so many great values in Spanish wine—delicious (and inexpensive!) bottles for any occasion. But you will also be rewarded if you decide to spend a little more and explore the classic wines of Spain. If you drink wines mostly from the New World—like South America, California, or Australia. Lush Spanish wines are a great introduction to the Old World.

Since Spain is a peninsula, the climate varies widely from region to region. Most of central Spain sizzles under the summer sun and gets very cold in the winter. In the north- western part, called Galicia, the cool ocean breezes and many rivers lead to the moniker “Green Spain.” In the south, the brutal, arid land and howling winds can prove too much for most grapes. The Mediterranean to the west contributes warm temperatures and cooling breezes, while the Pyrenees on the border with France block rain clouds from the north central area.

$115 per person Tax & Gratuity not included