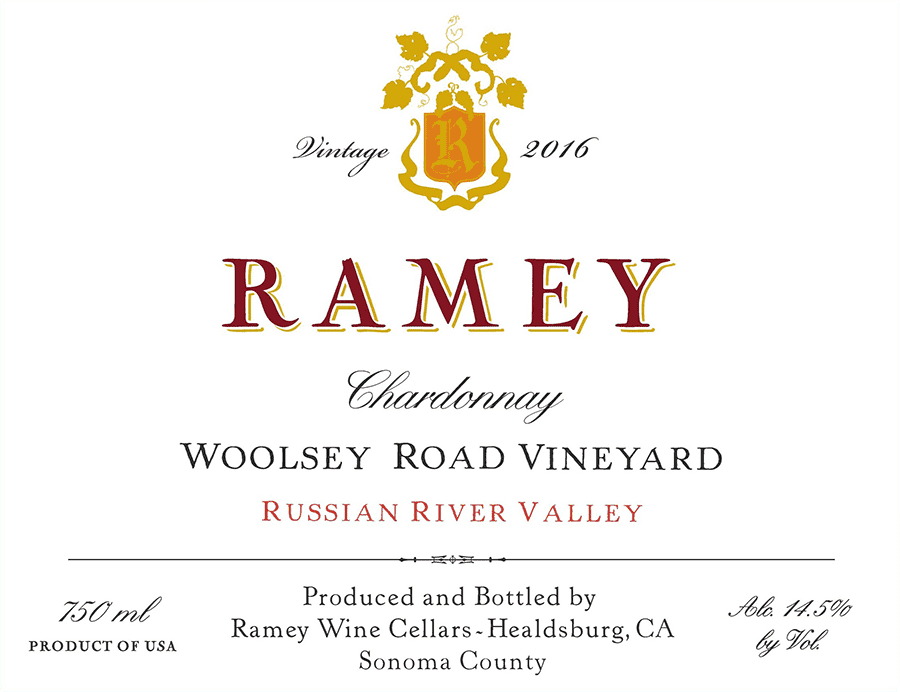 In my mind, Ramey is one of the top wineries in the United States.”

Ramey Wine Cellars was founded in 1996 by David Ramey and his wife Carla. After sixteen years making wine in Sonoma County, and firmly establishing Matanzas Creek and Chalk Hill wineries in the marketplace, David crossed the Mayacamas to spend six years in the Napa Valley–first as winemaker for Dominus Estate and project manager for the construction of their new winery; then helping Leslie Rudd reshape the Girard Winery into Rudd Oakville.

Over the years, David has helped pioneer traditional, artisan winemaking techniques in California during a period when making wine by the University book was the norm.  His efforts have helped shape the way many wines in the United States are made today, including the elimination of skin contact for most white grapes; the use of oxidized juice in making white wine; sur lie aging of white wines in barrel; malolactic fermentation of Chardonnay; native yeast fermentations; harvesting fully mature fruit; eliminating acidification of red wines; and bottling without filtration.

David’s groundbreaking work with indigenous yeasts, sur lies aging and malolactic and barrel fermentation yielded a new California style that was richer, more lush and silky smooth than previously known. As a result, he created a benchmark style now emulated by many.

“To make great wines, he takes chances, often harvesting his grapes at the last possible moment. The resulting wines are praised among colleagues, consumers and the media alike.”

Braised short ribs served in its natural juices with red wine and Pancetta bacon, stewed lentils and aromatic spices with a jardinière of braised, shallots, fennel and turnips.