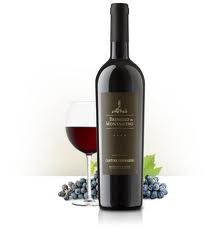 We have never held a wine dinner on Father’s Day but Robin Shay the Wine Director of The Allegrini Wine Group will be in town for a trade event and we thought this would be a nice way to say “thank you” to your fathers.

The Allegrini family has played a leading role in the history of Fumane and of Valpolicella since the 16th century and has passed on the culture of wine-making from generation to generation. Notarial records reveal that the family played a prominent role in the local community as one of the most important land-owners, involved in agricultural work and local traditions.

The Allegrini also cast their eye further afield to other areas of Italy renowned for their viticultural excellence and set out on a fascinating ‘adventure’ in Tuscany: in 2001, they founded Poggio al Tesoro in Bolgheri and in 2006. In partnership with Leonardo Lo Cascio, they purchased San Polo, a beautiful Estate in Montalcino.

We will sample a collection of wines from each of their estates and chef John D’Amcio will prepare a six- course dinner.

A quenelle of ricotta and spinach poached like ravioli, finished with an aged Pecorino Romano cheese cream sauce and chiffonade of spinach.

A roulade of veal stuffed with a spinach forcemeat wrapped in apple wood smoked bacon, served over wild mushroom duxelle sauced with a summer truffle sauce.