Walla Walla been has a regional agricultural hub for more than a century; and it still abounds with crisp apples, juicy strawberries, tender asparagus, sumptuous and sweet onions. Nearly 2,000 acres of prime vineyards and more than 100 remarkable wineries. 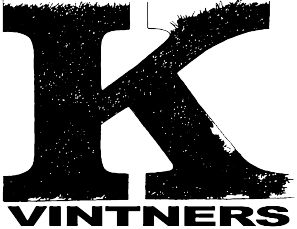 To make great wine one must start with outstanding grapes and ends with world-class wine making and K Vintners located in the great state of Washington has both. These highly rated wines were first introduced in Ohio ten years ago and we were one of the first restaurants to feature them. We love these wines, they’re fruit-forward, delicious and pair well with food.

Located at the base of the Blue Mountains in Walla Walla Washington, K Vintners opened its doors to the public in 2001. The property where the winery sits was homesteaded in 1853. The winery grounds, with Titus Creek flowing through the lawn and the old pioneer planted trees, is a little slice of Americana.Charles Smith, proprietor and winemaker, came to Walla Walla after 11 years in Scandanavia. Originally from northern California, he has been involved with wine personally and professionally his whole life.

Charles Smith, proprietor and winemaker, came to Walla Walla after 11 years in Scandanavia. Originally from northern California, he has been involved with wine personally and professionally his whole life.

K Vintners produces wines from 2 distinctive viticultural zones: Wahluke Slope and Walla Walla Valley. Each of these areas is unique and with small lots of single vineyard Syrahs and field blends of Syrah, Cabernet Sauvignon, Grenache, Tempranillo and Viognier, all of which are hand-picked, foot-stomped, fermented with naturally occurring yeasts and basket pressed.

A self-taught winemaker, Smith is a true artisan and a pioneer in the wine world. In 2008, K Vintners was recognized by Wine & Spirits magazine as one of the “Best New Wineries of the Last Ten Years,” and as “Winery of the Year” in their annual buying guide. In 2009 Food & Wine magazine awarded Smith “Winemaker of the Year.”

An amuse bouche of tuna tartar tossed with seasonal strawberries and pickled ginger, citrus and strawberry vinaigrette and potato gaufrette.

A petit crab cake accompanied with cucumber and jicama slaw, topped with a rhubarb chutney, cayenne and lemon-infused olive oil.

A bowl of seasonal wild mushroom soup, served with a brunoise of wild mushrooms drizzled with Italian white truffle oil and garnished with truffles and micro greens.

Raviolis made with egg pasta, filled with duck confit and fine herbs, topped with a cherry compote and finished with a duck jus.