Chablis: The Essence of Chardonnay 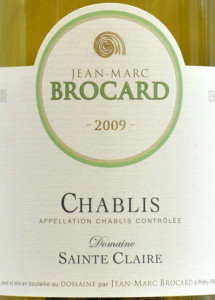 $60 per person – Tax & Gratuity Not Included

Marc says, “The truth of wine lies in the soil where it has grown. The technique is an important factor in the wine growing, but it is only an aid, the wine is essentially the product of its soil.” also “The soil of Chablis is exceptional and cannot be found anywhere in the world ; therefore I am a hard believer of the future of Chablis even for the next Millennium.”